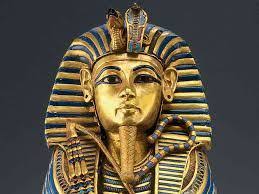 Afterward Moses and Aaron went and said to Pharaoh, “Thus says the LORD, the God of Israel, ‘Let my people go, that they may hold a feast to me in the wilderness.’”
But Pharaoh said, “Who is the LORD, that I should obey his voice and let Israel go? I do not know the LORD, and moreover, I will not let Israel go.” (Exodus 5:1&2)

When reading verses like these it would be easy to make an application that our (various) governments should open the churches in order for normal services, or just services, to resume and to ‘let my people go.’ End the lockdown and get back to normal is what a lot of people are calling for. I think there’s a more important issue, or stage before that. Or to put it another way, there’s a much deeper issue with our government, and politicians in general, than ‘simply’ getting them to ‘open up the churches.’

The deeper issue is that our leaders, be they Prime Ministers or Presidents, ‘do not know the LORD.’ Pharaoh in the verse above actually confesses to the fact that he ‘does not know the Lord.’ And because of the truth of that confession says in direct response to the command of God – ‘Who is the Lord that I should obey his voice….?’  And ‘I do not know the Lord, and moreover, I will not let Israel go.’ Who is this LORD? I will not obey his voice. We don’t have to be living in ancient Egypt to see this played out. You could almost admire the honesty of Pharaoh if it wasn’t so foolish.

Church life is quite different now. And like you, I hope, I want to see our churches back open. I don’t say back to normal simply because we may have to use this opportunity to re-evaluate what ‘normal’ church life (and evangelism) is going to mean. But what if our governments suddenly said ‘OK, you can open up.’ We will still be under a government, that, by and large, says ‘Who is the Lord that I should obey his voice?’

There are many regimes round the world that act like Pharaoh. In the West it is cloaked with a superficiality of Christianity but underneath beats a heart that is as opposed to the will of God as any other godless regime. I don’t, nor should we, treat the mercies of God with contempt. Any gains or progress, or where policies are merely put on hold – we should thank God for. Here in the west things could be far far worse. 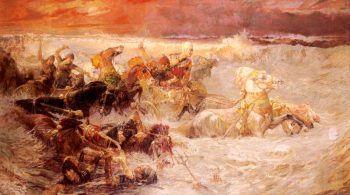 God, the same LORD Pharaoh refused to obey, brought upon Egypt the plagues, judgement upon Pharaoh and the destruction of his army. The people of God were’t allowed just to leave, they were driven out and ‘plundered the Egyptians’ of their goods in the process.

The point I am making is this: Jesus will build His church. He will continue to build it until He returns to judge the world. We, His people, must persevere for ‘deliverance is at hand.’ In the meantime we continue to ‘preach’ the Gospel of the grace of God as He gives opportunity. The Word of God cannot ultimately be silenced. It is impossible.

What is our message? ‘…. that repentance for the forgiveness of sins should be proclaimed in His (Jesus) name to all nations (Luke 24:47).’

Now I would remind you, brothers, of the gospel I preached to you, which you received, in which you stand,
and by which you are being saved, if you hold fast to the word I preached to you—unless you believed in vain.
For I delivered to you as of first importance what I also received: that Christ died for our sins in accordance with the Scriptures,
that he was buried, that he was raised on the third day in accordance with the Scriptures, (1 Cor 15: 1-4)

Not only that but we should pray:

First of all, then, I urge that supplications, prayers, intercessions, and thanksgivings be made for all people,
for kings and all who are in high positions, that we may lead a peaceful and quiet life, godly and dignified in every way. (1 Tim 2: 1&2)

You’ve read this far. Great. But your heart is rebellious just like the heart of Pharaoh. It will do no good, as some do, to whine on about how bad the government is (Christians do this as well). Unless you repent you’ll be swallowed up in the judgment to come just like them. The only safe haven is found in the Lord Jesus Christ.