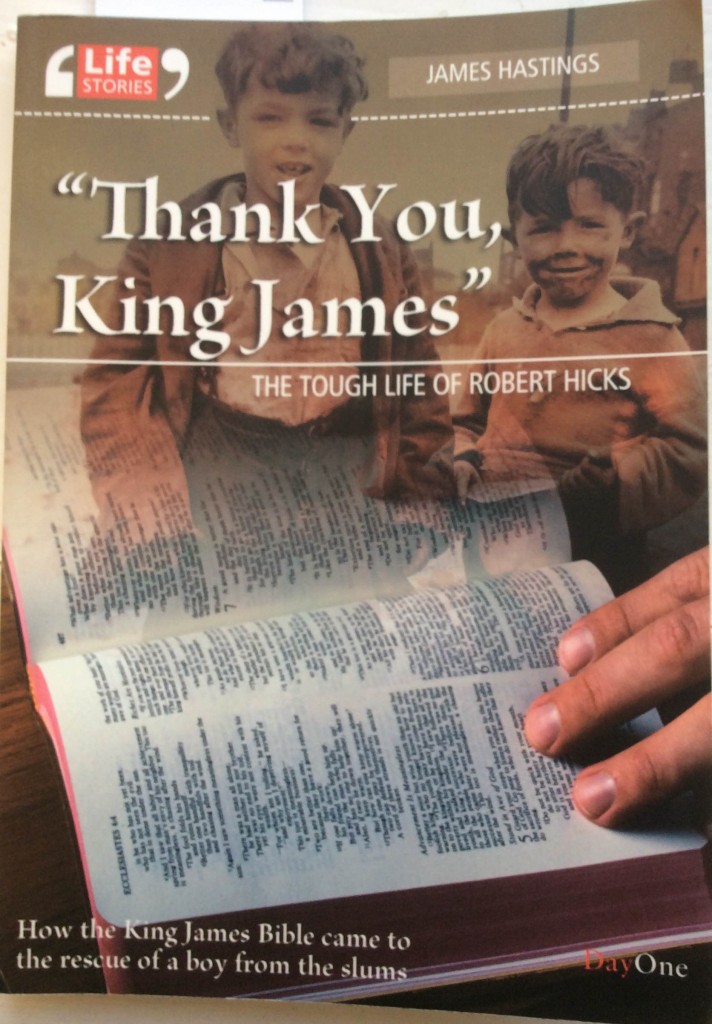 ‘Thank You King James’ is the story of Robert Hicks. Never heard of him? Neither had I. Robert Hicks is a businessman who started his working life in a local grocers shop: eventually working for Tesco and the Co-Op before entering the world of Christian publishing.

It is a true ‘Rags to Riches’ story. The writing is easy to read and is a mixture of narrative by James Hastings (I assume) and accounts from Robert himself. The first section is a harrowing account of abuse and deprivation on an almost unbelievable scale. That any adult, never mind the parents, could treat their children in such an abominable way is quite simply horrific. He was labelled as ‘retarded’ at school because of a speech impediment that only required a simple operation to cure. An operation that didn’t take place until he was fifteen. And yet Robert was an intelligent boy with a gift for mathematics. A gift his teachers were mostly ignorant of. He was also gifted in business and went on to have a very successful career.

But God was dealing with him from an early age and by the grace of God he became a Christian. A remarkable story. He says,

‘I had never considered myself a sinner, rather someone who had been sinned against…. I raised my head and called upon Jesus to come into my life, to forgive me for what I had done wrong, and I accepted him as my Saviour. There on the cold dirty floor of No. 335 Stonehouse Lane, the place which for so long as a child had been a living hell, I became a child of heaven. (p. 75)’

The book was worth reading for that alone. Instead of blaming everyone else he realised that he too before God was a sinner in need of a Saviour. It doesn’t matter who we are or what our background is, we all need The Saviour – He is Christ the Lord. I thought it was powerful.

What I wasn’t expecting in the book was the illness and death of his wife through cancer. A very similar situation to my own.  His account shows how different we all are when it comes to grief.

Not everyone will agree with how he used his marketing skills in the Church and the not discussed underlying theology. But what does come through is his devotion to Christ and his Gospel commitment, particularly his passion to get the Word of God out to the people.

I was loaned the book, but was very glad to have read it. I recommend it. It’s a DayOne publication.