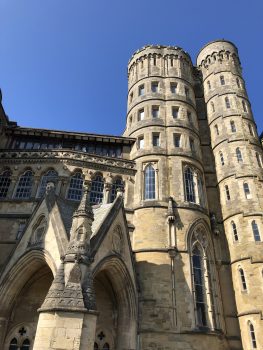 Had the opportunity of visiting the Old College building yesterday, part of Aberystwyth University. I went into what was a Library, but without any books! Every single shelf is empty! That was quite surreal but it made me wonder: imagine what sort of world it would be without books.

Reading, it’s one of the distinguishing marks of our humanity. More than that it’s part of being made in the image of God. What a blessing it is to be able to read. God has chosen to reveal himself to us in Words. Many an illiterate person upon becoming a Christian has a desire to read – and read the Bible! What does the word Bible mean – Biblion, greek for Book.

For example at the beginning of Luke’s Gospel:

1 Inasmuch as many have undertaken to compile a narrative of the things that have been accomplished among us, 2 just as those who from the beginning were eyewitnesses and ministers of the word have delivered them to us, 3 it seemed good to me also, having followed all things closely for some time past, to write an orderly account for you, most excellent Theophilus, 4 that you may have certainty concerning the things you have been taught. 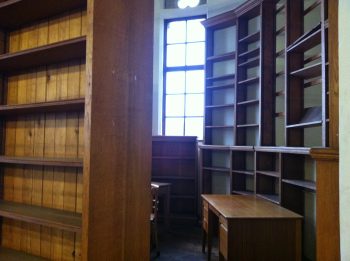 4 As it is written in the book of the words of Isaiah the prophet, “The voice of one crying in the wilderness: ‘Prepare the way of the Lord, make his paths straight.

24 This is the disciple who is bearing witness about these things, and who has written these things, and we know that his testimony is true. 25 Now there are also many other things that Jesus did. Were every one of them to be written, I suppose that the world itself could not contain the books that would be written.

Luke again at the beginning of Acts 1:1

1 In the first book, O Theophilus, I have dealt with all that Jesus began to do and teach, 2 until the day when he was taken up…

12 And I saw the dead, great and small, standing before the throne, and books were opened. Then another book was opened, which is the book of life. And the dead were judged by what was written in the books, according to what they had done. 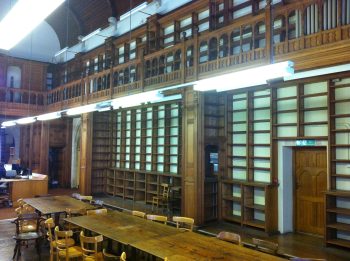 Clearly this is based on the fact that Jesus is The Word of God. So it’s not surprising that God communicates the Gospel through Words. So preachers preach the Word of God. This simple act of ministry is the way God has chosen. Not with music, not with imagery, neither smells or anything touchy feely but through words. Some of those things had their place under the Old Covenant but were always pointing towards the Final Word – Jesus. It should come as no surprise therefore to find an end to the sign gifts as the Canon of Scripture is complete and closed.

1 Long ago, at many times and in many ways, God spoke to our fathers by the prophets, 2 but in these last days he has spoken to us by his Son, whom he appointed the heir of all things, through whom also he created the world. 3 He is the radiance of the glory of God and the exact imprint of his nature, and he upholds the universe by the word of his power. After making purification for sins, he sat down at the right hand of the Majesty on high, 4 having become as much superior to angels as the name he has inherited is more excellent than theirs.

Praise God that He has spoken, and spoken clearly.

You’ve seen those Kindle things – all over the place they are. I’ve kind of looked at them. Well, now I have one. My kids clubbed together to buy one for Christmas. Not ever really thinking about buying one, it was s bit of a surprise and the thought ran through my mind – will I really use this. Having played with it for a while and downloaded a few books – the answer is, yes I will.

But what a way they set me up for it. I felt the wrapping and knew it was a book. And from the size of it I hoped it was the  volume of Systematic Theology by Michael

Horton – I had dropped a few hints. When I opened the wrapping, it was a book alright! A Gardening Book! I tried to be appreciative, knowing they had my best interests at heart. Gardening is not my thing at all. But! When I opened up the book there inside was a Kindle. Wahoo. They had cut out the inside of the book (The idea of my daughter Lydia)  to fit a Kindle – absolutely brilliant. A real surprise, I had no idea at all.

I have downloaded the sample of Michael Horton’s Systematic Theology, The ESV Bible (print price £22.38 Kindle price £0.00) and put a PDF file on it. If I spot any FREE Kindle books that may be of interest I’ll put up a post about them.

The plan now is to try to modify it. If the modifications happen, and I have some ideas, I’ll post about them here.