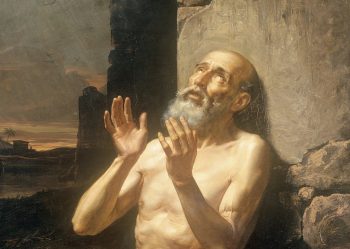 I just finished reading through Job again. What an amazing book it is. If you have never read it I suggest you do. So many things to say. But in this post the phrase in the last chapter (42) which is found in verses 7 & 8. It struck me very powerfully this morning. Here’s the phrase with some thoughts:

and again in v.8 ‘”For you have not spoken of me what is right, as my servant Job has.”’

In both of these it is God that is speaking to Job’s friends. And it is God that commends Job for speaking what is right. Job said some quite outrageous things, as well as some very wonderful things and it made me wonder what these things were that Job had said that were right that his friends didn’t say or had missed. I heard it suggested recently that Job’s friends were not believers – that is non-Christians in NT language. But I don’t think this is the case. I believe (in New Testament language) they were Christians. It’s an easy get out to label someone as a non-Christian just because they say things that are outrageous or even untrue. Any reading of Church History should put that thinking to bed. Christians say crazy stuff sometimes. We can say stupid things and we can get things seriously wrong, while getting other things right, but it doesn’t necessarily mean we aren’t believers – just stupid ones or just plain wrong. Job prays for them and a sacrifice is offered on their behalf. What is this but repentance and a coming to the Lord’s table as we would in the church today. There is forgiveness and restoration – especially at the Lord’s table. ‘The blood of Jesus his Son cleanses us from all sin (1 John 1:7).’ We see this with the three friends.

That hasn’t really answered the question. I turned to see what the Puritan Commentator John Gill had to say on this (v.7) and it is well worth reading. Here is Gill below in full:

Job 42:7 ‘… for ye have not spoken of me the thing that is right, as my servant Job hath’; they had said many right things of God, and Job had said many wrong ones of him, and yet upon the whole Job had said more correct things of God than they; their notion, and which they had expressed, was, that God deals with men in this life according to their outward behaviour; that God did not afflict good men, at least not sorely, nor long; and that wicked men were always punished now: from whence they drew this inference, that Job, being so long and so greatly afflicted, must be a bad man, or God would never have dealt with him after this manner. Job, on the other hand, affirmed, that wicked men enjoyed great prosperity, which good men did not; and therefore the love and hatred of God were not known by these things; and men’s characters were not to be judged of by these outward things; in which he was doubtless right: some render the words “have not spoken unto me” (p), before him, in his presence; for they were all before God, and to him they all appealed, and he heard and observed all that was said, and now passed judgment. No notice is taken of Elihu, nor blame laid on him; he acting as a moderator, taking neither the part of Job, nor of his friends, but blaming both: nor did he pretend to charge Job with any sins of his former life as the cause of his calamities; only takes up some indecent, unguarded, and extravagant expressions of his in the heat of this controversy, and rebukes him for them; and throughout the whole vindicates the justice of God in his dealings with him.’ John Gill (Available free on e-Sword).

I thought it was interesting what he says about Elihu who really just disappears at this point. Thomas Watson (another Puritan) said:

‘There are two things, which I have always looked upon as difficult. The one is, to make the wicked sad; the other is; to make the Godly joyful.‘
From the  (1663) preface to ‘A Divine Cordial’ by Thomas Watson.

Unfortunately, it is true that Christians can be engaged in neither, and sometimes even make things worse. Thankfully in the case of Job, God did step in. But that doesn’t always happen – certainly not in the way it did for Job.

Another way of expressing Watson’s difficulty is of getting Saints to see their standing in Christ, and the difficulty of getting sinners to see their plight without Christ. I know Christians (as far as I know they are) that will not come to the Lord’s table because they feel their sin more than looking to what their Saviour has done for them in dying for them and cleansing them. And then there are others that drink without any understanding and place no real value on the death of Christ. Job’s friends gave him awful counsel. But it still goes on in the church. We really MUST see our standing in Christ. We haven’t earned it. God doesn’t look upon us because we’re wonderful people and get everything right – we don’t. The bias of the heart is always towards works, which was what Job’s friends did. If you think Christians can’t give wrong or foolish counsel you need to get out more. And before we commend ourselves as being so holy that we’d never do such a thing – I think you need to take a reality pill. I’ve certainly said and done many foolish things. And will do again. Yet for all that ‘we are complete in Him'(Col 2:10).

I also noted this in Job 42:10: ‘And the LORD restored the fortunes of Job, when he had prayed for his friends…’ I read into this that Job had to forgive his friends for their appalling treatment of him. Otherwise the blessing of God would not come. See the way they treated him, and how they added to his suffering. And yet Job must forgive. That’s grace that is. This is as instructive as it is challenging. And it is incredibly challenging. Do I forgive from the heart as the Scripture tells me to? Is blessing withheld when I fail to forgive from the heart? Tough questions. Then they all celebrated together – including his three friends. Maybe Elihu as well.

When Job’s friend did get it right, they said it with such a sense of self-righteousness that was simply unhelpful and did Job no good at all. We need to be true – of course we do. But we also need to be gracious and merciful. As Andrew Davies put it when preaching through Job – ‘Don’t beat people with the truth.’ We have much to learn. I know I do. We have been privileged on occasion to administer ‘The balm of Gilead’ which is the Gospel – let’s do it with grace, with love, and with mercy, even as our dear Saviour the Lord Jesus Christ has done to and for us. There is a balm in Gilead – praise God for it.